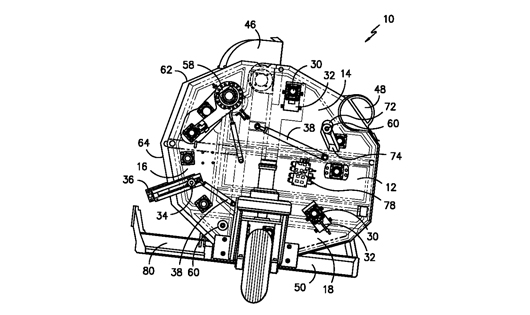 A baling apparatus includes a housing having a fixed portion and a hinged door to release a bale, a series of rollers and belts for compressing and rotating baling material into a bale, a wrap feed mechanism for feeding a wrap around a bale, and means for compressing the bale during the baling operation. The instant baling apparatus may be used for materials that have traditionally been difficult to bale successfully, including small particulate such as mulch, and other materials such as common household trash. The baling apparatus may be utilized as a separate unit, or may be combined with a brush cutter/mulcher, or incorporated into trash removal equipment. A touch screen display and computer may be used in combination with sensors to monitor and control the baling operation, and a hydraulic system is used to drive the components.